From Confusion to Confidence 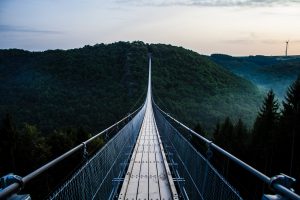 Let me be the first person to say: When you are concerned about the health of your fallopian tubes, a walk-in, urgent care center might not be the best place to go. However, for me, it was the only place to turn when I feared just that

But, I’m getting ahead of myself.

I’ve had an IUD since I was 24. At 29, I am on my second and while I am still actively trying to not get pregnant, having a baby is something I deeply want in my future. Why else would I be part of the FertilityAnswers tribe??? Therefore, when I woke up on July 23, 2016, with unexplained spotting and feeling as though I was just stabbed in the abdomen, I was more than a little concerned. I knew the signs of an ectopic pregnancy. I knew the result could be infertility.

I had just moved and had yet to find an OB/GYN in the area and those I found on Google, who took my insurance, couldn’t get me in for WEEKS. So, I ended up at an Urgent Care Center crying to a male triage nurse. I explained – through my tears – that my cycle had been regular despite recent travels and how I feared I was going to lose a fallopian tube. He…laughed. He actually laughed. He also said, “don’t worry, the lady doctor will know what to do.”

The lady doctor? Was this guy for real?

I was fuming. But I also wasn’t sure what I could do – I needed his care. Thankfully, he was busy when it came time to draw my blood and another male nurse was sent to walk me to phlebotomy.  He saw my tears, sat down and asked me what happened. I almost didn’t tell him about the other nurse – was it my place to decide who cared for me?

Yes! It absolutely was!

I left my comfort zone. I explained what was going on physically that brought me to the clinic; the pain, the fear, the bleeding. I also told him about the original nurse’s reaction. I told him that the other nurse laughed and brushed off what I was going through in a way that was demeaning and hurtful.  I took control of who was treating me and how it was to be done.

From there, my time at the clinic was as pleasant as such a visit could be. I was cared for by the second male nurse – who stayed with me the entire time I was waiting for the pregnancy test results (negative) – as well as a female internist who was able to get me an earlier appointment with an amazing OB/GYN. (For those wondering – Additional testing showed that it was likely a ruptured ovarian cyst.)

Despite the pain, I would say that day was a net positive. I stood up for myself. I made myself heard; even though every cell in my body wanted to curl up and cry. I also protected myself from a disrespectful individual having any further role in my care. I did that. Me.

Self-advocacy is not an easy task. I know that. In fact, when you are feeling the most vulnerable it can feel downright impossible to speak up for yourself when the “expert” in the room is being dismissive, condescending or just plain rude. Chances are, if that second nurse didn’t happen into my room, I wouldn’t have said anything. Unfortunately, most of the time – there’s no second nurse.

Most of the time, you have to be your own advocate.

Finding that inner strength takes time and self-advocacy takes different shapes for different people – the best way to be your own advocate is the way you feel comfortable. But if you’re like me, sometimes you have to ask yourself, “what happened and what can be done to help?”

Then all you have to do is answer.