What Role does Genomics Play in IVF? 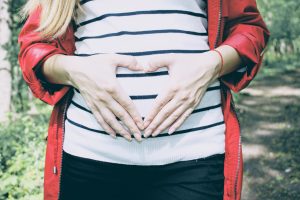 In vitro fertilization or IVF is one of the most popular techniques in the field of artificial reproduction. With IVF, human embryos are fertilized or generated and allowed to grow up to 5-7 days in vitro, or in a petri dish.

IVF was one of the biggest medical breakthroughs of the 20th century. The first successful IVF procedure was performed by Steptoe and Edwards in 1977. Louise Brown, was the first IVF baby whose arrival changed the landscape of fertility for mankind. The field of artificial reproduction has come a long way since then and has been established as one of the fastest evolving fields of science and medicine. It is important to note that the fields of molecular biology, genetics and genetic engineering have evolved alongside and are intricately involved with the field of artificial reproduction.

In an effort to improve IVF, scientists started using cutting edge scientific tools to understand the reasons for high failure rates of IVF. One of the earliest studies in understanding the genetic makeup of the embryos showed that more than 50% of the embryos generated in-vitro were of poor genetic quality. “Genetically healthy” embryos should have 23 pairs of chromosomes (46 total), a threadlike structure of DNA found in most living cells, carrying genetic information in the form of genes. Many of the IVF generated embryos were chromosomally abnormal, i.e. were found to have either more or less of the number of chromosomes compared to the expected pair of 23 chromosomes. Chromosomally abnormal, or aneuploid embryos, were found to have a lower implantation potential and a higher chance of miscarrying compared to healthier embryos. This led to scientists developing improved techniques via which embryos could be screened to understand their genetic make-up.

These improved techniques for screening of embryos prior to their selection for implantation is called Pre-implantation genetic Screening (PGS), or Pre-implantation genetic testing for Aneuploidy (PGT-A). In the case of heritable disorders like cystic fibrosis, phenylketonuria, sickle cell anemia, fragile-X etc. scientists are able to look for smaller changes in the DNA of the embryos from affected parents using similar genomic tools.

While the field of artificial reproduction has progressed tremendously with overall improvements in laboratories, better training of doctors and scientists; the use of genomic technologies like PGT-A and PGT-M for testing of human embryos have contributed significantly towards the improvement of implantation rates and reduction in miscarriage rates in IVF cycles. These innovative techniques have helped thousands of people to achieve successful and healthy pregnancies.