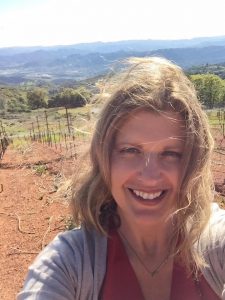 I’m what you would call a planner. I begin every vacation with a jam-packed itinerary, organize my to-do lists by topic and priority, and set one-year, five-year and ten-year goals for myself. So three years into my marriage when we decided it was time to get pregnant, I expected everything to go, well, as planned.

It’s one of nature’s cruelest jokes, that something you spend so many of your younger years trying to prevent, can be so difficult to attain when you want it.

It started out as an adventure. We would look at each other and joke, “Are we really ready for this?”, knowing in our hearts that we were SO ready; it was what we had always wanted. After several months, though, it wasn’t so fun. It was stressful and frustrating. The basic blood work my doctor ordered showed nothing unusual. After a few more months, I began spending a lot of time online looking for insight and guidance. I started measuring my basal body temperature every morning and even looked at my saliva under a little microscope to track my ovulation. I joined an online fertility forum. I became fluent in the TTC (trying to conceive) lingo: 2WW (the agonizing two week wait after ovulation before a pregnancy test will show positive), POAS (peeing on a stick), and the sought after BFP (big fat positive on a home pregnancy test). It may seem all TMI, but that community of women were my fellow soldiers. We had never met, but we shared our deepest struggles, cheering each other on and offering much needed solace.

A year after we started trying, my doctor finally referred me to a reproductive endocrinologist. The first appointment I could get was two months out – more waiting! But the very next week, I saw a faint line on my early home pregnancy test. “It’s faint because it’s early,” I told myself. “Tomorrow it will be stronger.” I allowed myself to get excited. My husband and I celebrated. The next day, the line was still faint. I started to worry (okay, I obsessed about it all day). By the third day, the line was barely there. Like a whisper, it was gone. The pregnancy test I did at my doctor’s office later that day confirmed what I already knew, I was not pregnant. Or I was pregnant, but I wasn’t anymore – that amorphous state of being that they call a chemical pregnancy.

The next month, just a few weeks before I was scheduled to see the reproductive specialist, I saw the line again. This time it was bold. It was bright. It was triumphant.

I had a somewhat difficult pregnancy (I had polyhydramnios, which is excess amniotic fluid), a difficult birthing experience (which ended in a Cesarean section), and a very difficult first month as a mother (I developed a case of mastitis so severe that I required surgery to drain an abscess). I thought to myself that if it weren’t for modern medicine, I would have died several times over. Looking back now, those struggles all pale in comparison to my struggles TTC.

And I only struggled for a year. So many struggle for much, much longer than that.

I am so grateful for my two wonderful sons. And I am grateful that I got to be part of such a beautiful, compassionate TTC community. For those that are struggling, I send you love and support. I hope that your BFP is just around the corner.